You are here:
Blogging 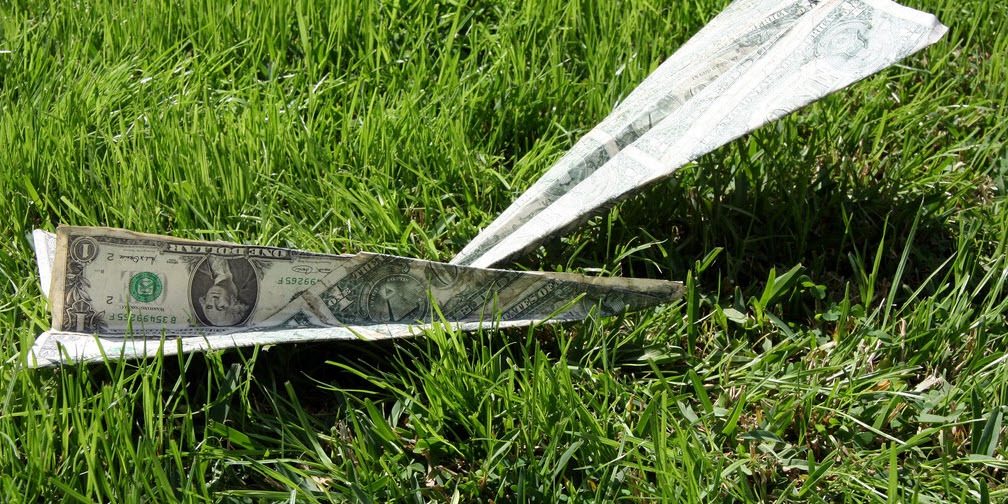 I am from India and the first thing we do after hearing an amount in dollars is to convert into Indian Rupee. $50,000 converts to more than Rs. 25 Lacs. Blogging is profitable and I used to make living out of it. Currently I run a company named WebFanzine Media which is having multiple blogs and even some WordPress CMS related products. But in this article, I will share my journey of completing $50,000 with one of the first venture in online money-making i.e. my first blog.

Back in 2008, I was happily employed in an US-based company named Kanbay Software at Pune, India. Great people and even much better culture. Everything was going good and in just 2 years of joining the company in 2005, I got first promotion as well. Got married in the same year too. But from the very beginning of my career, I was sure that sometime I have to start something of my own. When the US crisis happened by end of 2008, the impact was very much visible in our company too. People started getting relocated in different projects and in worst cases got laid off too. I am a very positive person and in a difficult time, I always keep looking for an opportunity. For few weeks, I got some leisure time as there were very less work in the office. Finally I was relocated to another project and from day one, I was not very much interested in this one. So in just couple of weeks of joining this new project, I was sure that this is the right time to start my own business or become self-employed. I still remember the day when my then project manager said that I am making a wrong decision by leaving the company at the time of global crisis. It will be very difficult to find another job as the whole industry is suffering from the same and most of the companies has stopped hiring processes. Well, I was in 20’s and believe me, I took that as a challenge to make my decision good. ☕️

Then started the notice period and I was still not sure what am I going to do. Computers were my first love but not as a programmer. I used to help my friends at college in getting new computers (assembled ones). As a devoted reader and a fan of Digit magazine, used to install lot many freeware on my PC. Everyday I used to show something new to my roommates and friends on my PC. So, I thought why not to start sharing my expertise about software and operating systems like Windows, Linux (sorry, I was not having Mac at that time).

It was interesting to find out that WordPress as a blogging platform was getting good reviews and many people had started using the same. After discussing with my wife, Tejaswini who was still working in Kanbay (well, Kanbay got acquired by Capgemini in 2007, so we started calling it Capgemini but mostly we referred the company as Kanbay), I started the process for setting up my blog.  Tejaswini is a gem of a developer and loves programming, she is passionate about it. I will talk about her role in this $50,000 journey later in this article.

Finally my domain and hosting service was ready. Now it’s time to install WordPress. After spending some time on Internet and with my expertise of installing new software on PC, I installed WordPress on the domain clickonf5.org without much problems. We named the blog as “Internet Techies”.

Started writing 2 – 3 blog posts per day and even someday used to write 4 – 5 articles as well. My target was to write at least 50 articles per day. But the traffic was not much and used to get ~4,000 Page Views per month by May 2009.

Till now I was not monetizing the blog but now started to think about the same. Applied for Google Adsense account and got approval as well. Started putting ads on my blog layout. Initially I put the following ads,

Time to Monetize the Blog

By July 2009, the traffic was almost 9,500 page views a month and revenue was around $20 – $40 a month, mainly via Adsense Ads. The threshold for Adsense payment is $100 so I was not receiving any checks yet. Finally the amount accumulated and I received the first check of $109.75 in July 2009.  Similar story continued till the month of September 2009.

Revenue was not much but I was thrilled with the experience of working from home and building something which may remain for a long time. Even my wife started helping me on Internet Techies by making certain changes on the site’s theme and layout. She learnt PHP, CSS, HTML by herself to do that. In Kanbay, we used to work on Mainframes i.e. Cobol programming language, so these web languages were new to her as well. But she learnt these languages in just 2 – 3 months and became comfortable in even writing a WordPress plugin.

At one point of time, I came up with a requirement to have a slider on Internet Techies. After a long discussion about the need, Tejaswini started working on that plugin. Finally in few days, the first version of plugin was ready and we submitted that on repository. We named that Smooth Slider and made that available for everyone for free. In August 2009, Tejaswini also left Kanbay Software and started devoting more time on WordPress plugin development. Smooth Slider is still available on WordPress repository and having more than 600,000 downloads.

At the same time, I started monetizing the site through different other options like putting an online Job Portal and writing some paid reviews too. By the mid of 2010, the revenue went up to $800 a month with Adsense and $600 per month with paid reviews and other sources. So I was making around $1,400+ per month by June 2010. Stated spending more time on writing well researched articles and at the same time, Tejaswini was involved in WordPress related development. By December 2010, Internet Techies was giving more than $3,500 per month with multiple income sources including Adsense, BuySellAds, Paid Reviews, Online Job Portal, Affiliate Marketing etc.

Used to get such emails from SimplyHired every month. Finally I reached first my $50,000 earning from blogging in September 2011 ???.

Here is the income split,

What happened from here?

Well, the site went trough Google Panda update and Penguin updates. Like many other blogs, I also lost good amount of organic traffic. That impacted the revenue too but still that blog, Internet Techies gives me 4 figure income per month and doing good even when I spend less time these days on that site.

That was my story of reaching first $50,000 with blogging. Apart from these first $50,000 dollars and making money online, the most important thing that I got was, huge amount of learning. Those first few years of blogging and building something on my own, still drives me and made me capable enough to build multiple online businesses related to blogging and products.

What Make Money Online from Blogging taught Me?

As I said earlier, it was a great journey as I learnt a lot. As that was my first blog, I could have done few things in a better way to monetize even more and probably I could have reached first $50,000 a year ahead of when I reached actually. Here are few important learning.

Now I make 40% of income through different blog blogs related to technology & WordPress and rest of the 60% from multiple products owned by my company. Blogging is now my passion and that will always remain inside me. If someone says He makes money online by blogging, don’t ignore that. It is very much possible and there are many people doing that for living and even large businesses runs on blogging and content writing.

Let me know how you made your first income through blog. Share your story via comments. I am looking forward to make this blog more transparent about my income through different mediums and will also share tricks to make money online in a genuine way.

How to Make WordPress Sites Load Faster than Rediff.com
September 12, 2016